During the course Form and Manufacturing Case Studies at Chalmers we were tasked with designing products in plastics, metal and wood by proper selection of materials and manufacturing methods for each concept. In addition, the products were to be designed to match a brand and its product family. I chose the Swedish company Teenage Engineering as I think they have an appealing design language with their minimalistic, colorful and sharp aesthetics. The plastics and metal case is described below while the wood case can be found separately as it was developed further after the course ended. To create a product concept that would fit with the Teenage Engineering design, a Design Format Analysis (as created by Anders Warell) was used. 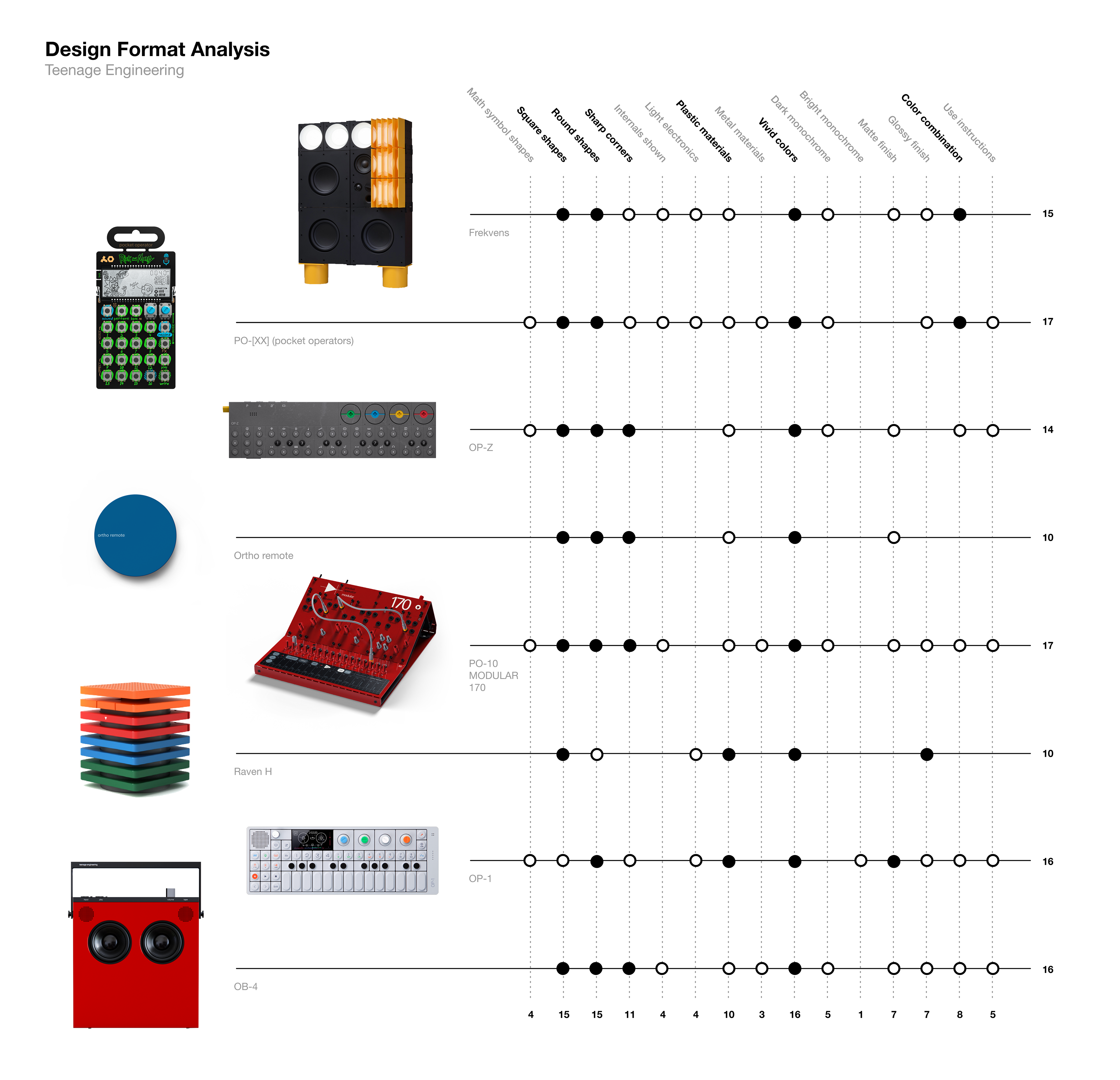 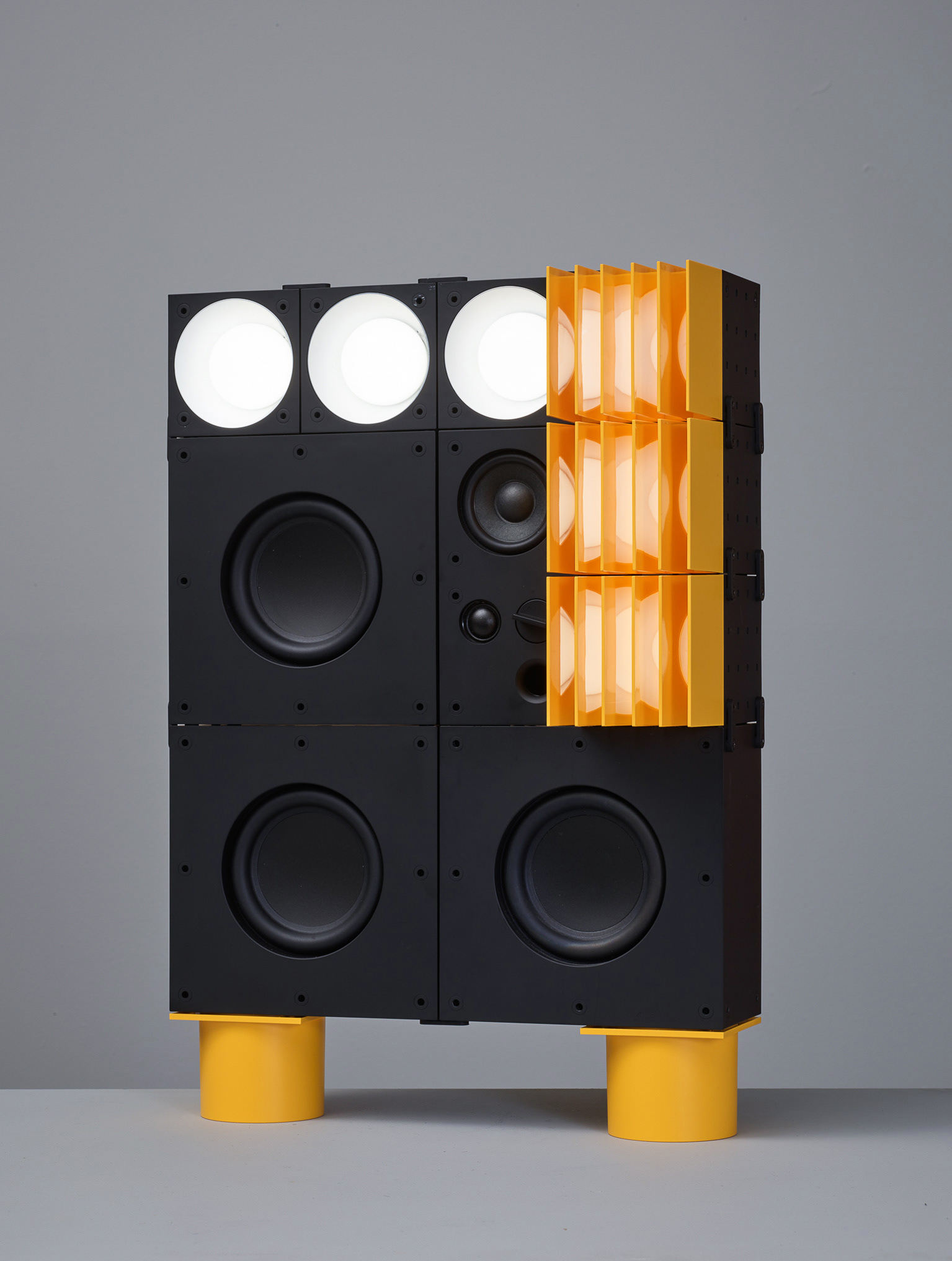 Design Format Analysis and the Teenage Engineering speaker Frekvens for IKEA.
The first case was to design a peripheral for shared office use and the choice fell on making a computer mouse. By collecting insights on what features are important through workshops and questionnaires, I found that a good grip on each side is important and that switching between bluetooth users should work flawlessly without a dongle. From this, a concept was created that focused on a simple design so that the mouse could be disassembled easily to wash the plastic parts in a dishwasher. These features were then incorporated into a bilateral design that embodied the colorful and minimalistic design language of the Teenage Engineering brand. Lastly, a prototype was 3D printed with and FDM and SLA printer to evaluate the look and feel. The concept was designed to be manufactured with injection molding.
Read more about the pre-study and product development 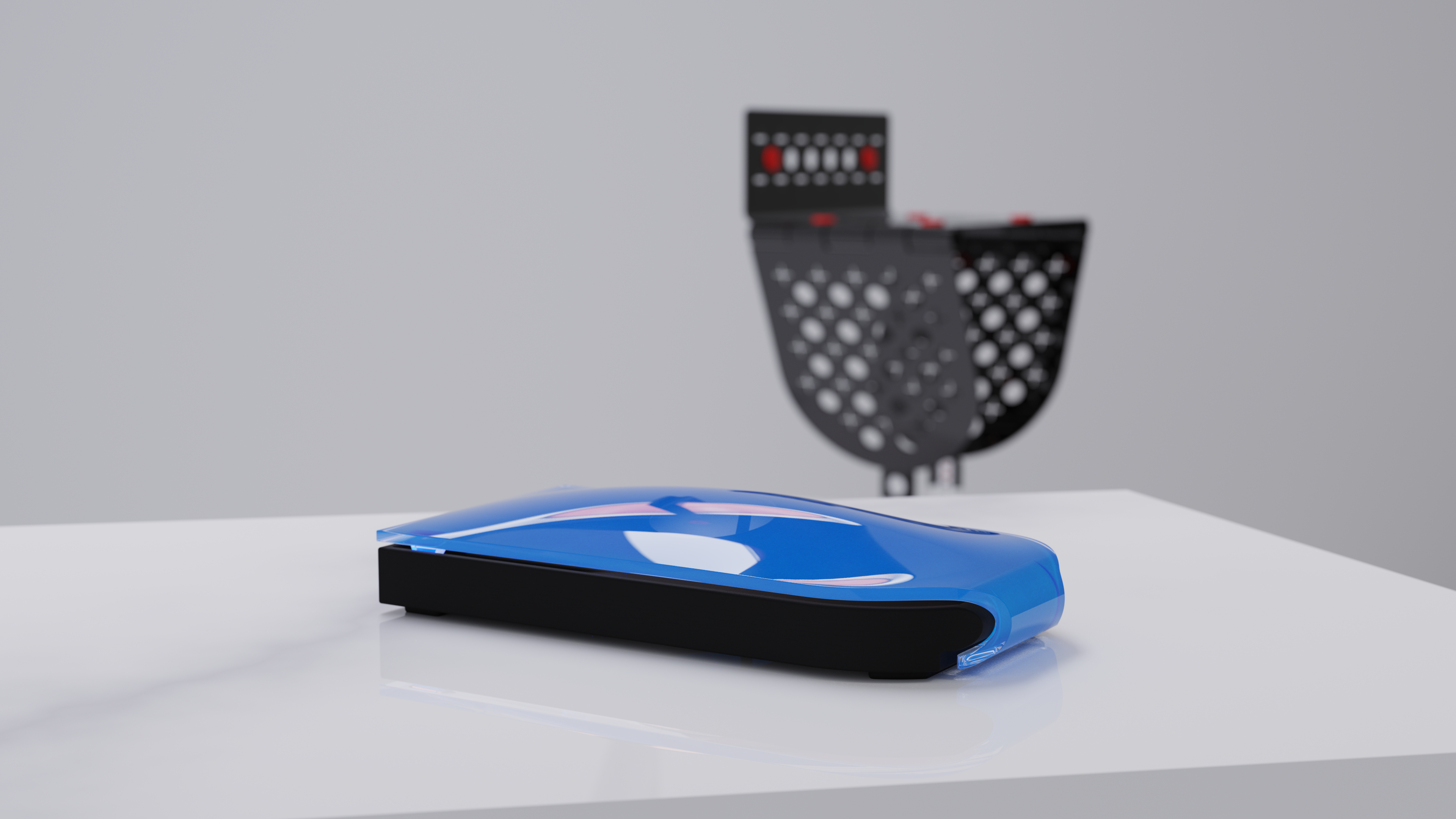 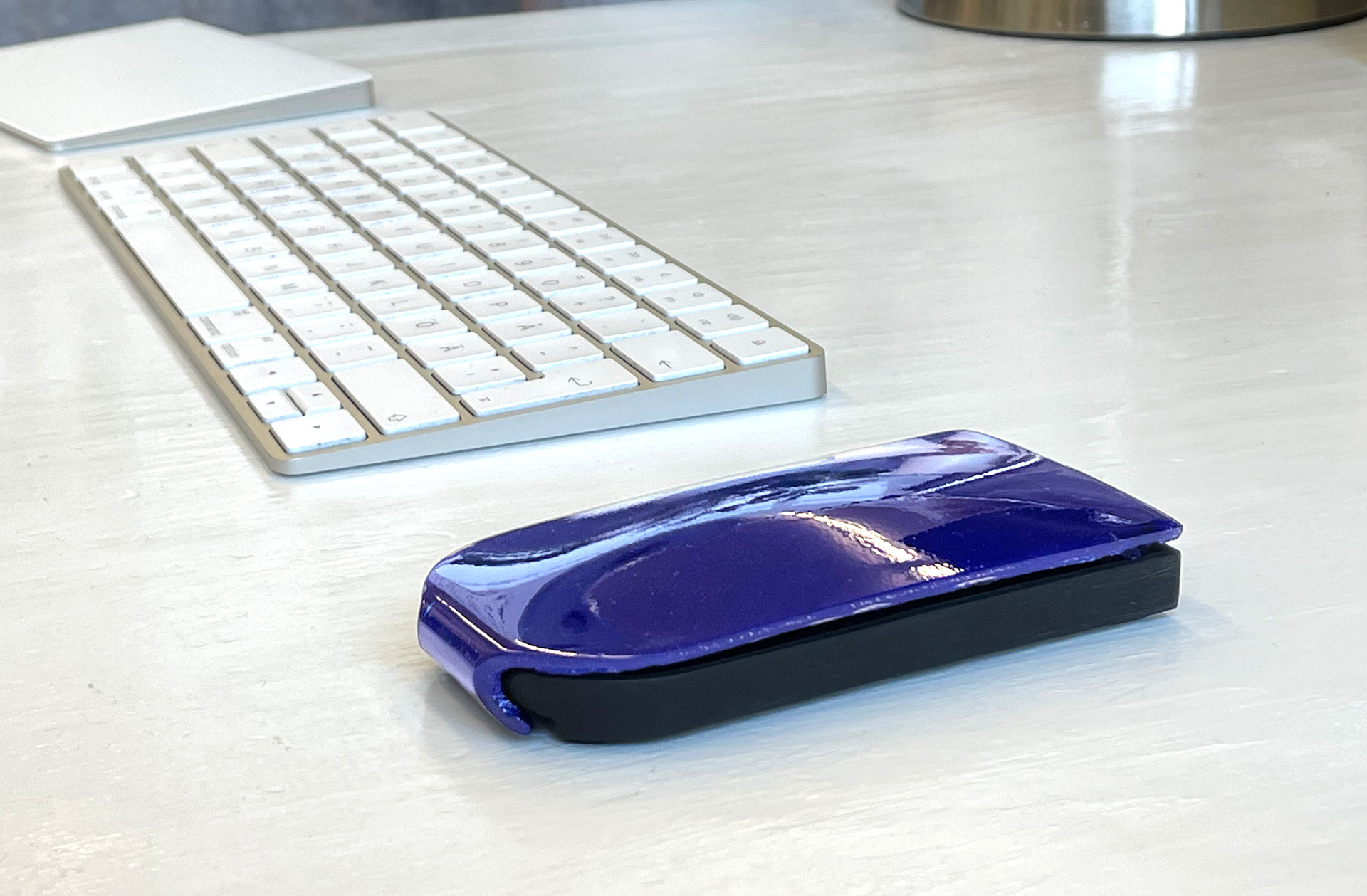 Render of the computer mouse (left) and the 3D printed prototype (right).
The second case was to design a metal product for carrying goods on a bike. Through interviews with a bike shop owner and commuters, it was found that front racks are popular and that carrying groceries with those could be an interesting way to create something new for the market. Early on I decided that issues of sustainability also should be dealt with by exploring ways of having a product concept that could be shared among users and folded when not in use. Another sustainability goal was to have a production with a small carbon footprint by careful selection of manufacturing processes and materials.

Images showing various perspectives of the early prototypes in cardboard.
Most, if not all current front racks, are made of bent rods so I wanted to explore another approach by use of laser cut sheet metal. The early prototypes made out of cardboard gave a good sense of how such a concept could take shape and function (see above). Moving on into 3D modelling, I started measuring and creating parts in Solidworks that could fit well to a standard commuter bike. Various perforations were designed to add features so that grocery bags could be hung but also so that elastic straps could be fed through the holes to allow for keeping the bags in place (see below).
After testing the plastic prototype and doing relevant adjustments to the design, various subcontractors were contacted to get a sense of how much it would cost to produce such a part. The results of this case study could act as a good starting off point for ordering proper metal prototypes to evaluate with users so that another cycle of design refinements could be done before promoting the product through a service like Kickstarter to gather funds for mass-production.
Read more about the pre-study and product development

Image of FDM printed prototypes showcasing the feature of hanging grocery bags on the side with the elastic straps keeping it in place (top). Render of the product with its small and simple connecting parts in silver that allows easy mounting and dismounting of the front rack on a bike (middle). Render showing how the front rack looks on a bike (bottom).
↑Back to Top